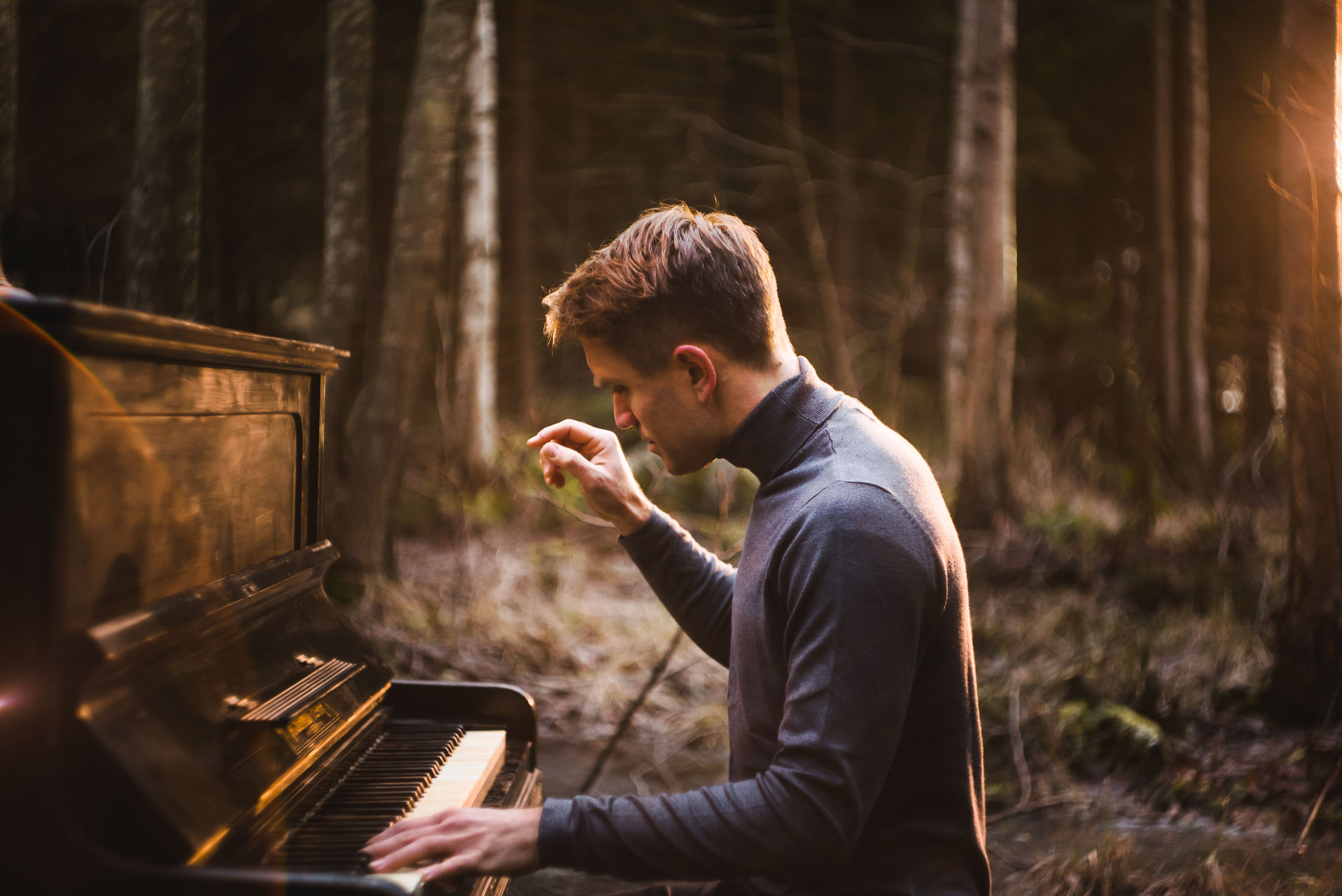 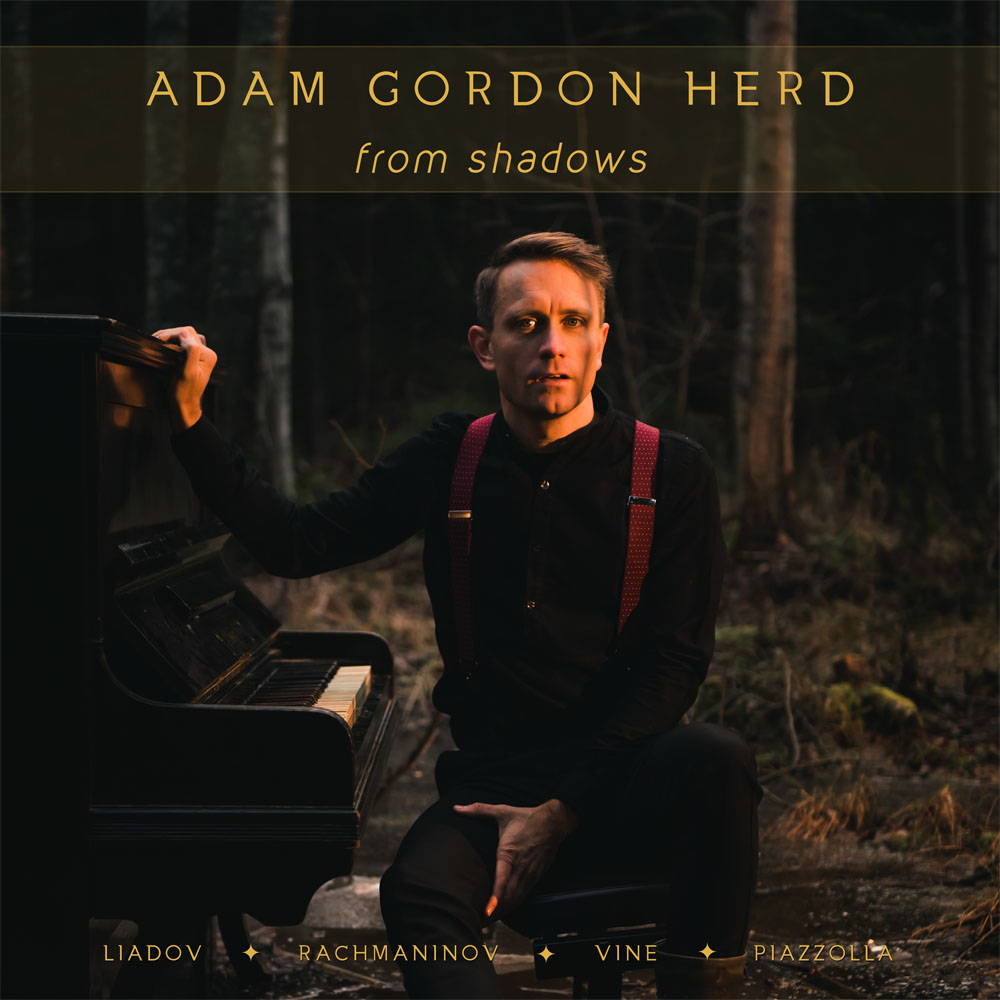 "From Shadows" is the critically-acclaimed debut album by Adam Herd, featuring exquisite piano music from around the globe. The album is also available on iTunes.

In the CD notes, in conversation with Hannah Readon-Smith, Herd describes his thinking in making this selection, though it is hard work keeping a magnifier steady over the minute print I gave up worrying about that, and why he chose this music, and who she is, and simply let him play. Good decision.

This performance is so full of enthusiasm, drive, delicacy, power and precision it is enough to just hear it. Herd's playing sparkles clean and sharp, well clear of any shadows, as if he sees his music reflected in crystalline shards off the surface of the ocean he surfs in. All four of these works are captivating, 64 minutes of hundred percent romantic piano music, full of mood and colour and far enough off the beaten track to reward close attention.

Herd's selections and his performance brings those five stars securely home regardless of the inadequacies of the packaging, mainly that print, which means you go without knowing much more about the music than what it sounds like, and the absence of any information in the itunes presentation other than a list of untitled tracks.

But it would still sound good in a brown paper bag. A first-rate addition to the already crowded ranks of piano solo recordings.

Adam Herd may be sporty, but he’s also a superb pianist, as his debut release proves.

Adam Herd is a young prize-winning pianist from Coffs Harbour. Don’t be misled by the “country-and-western” cover shot, or the bio that stresses his interest in sport and surfing: Herd may be a regular guy but he is also a sensitive and accomplished musician.

His program is well chosen. Anatoly Liadov was a late 19th-century Russian composer, essentially a miniaturist. His three short pieces (Prelude Op 11, No 1, Barcarolle Op 44, and Novelette Op 20) are pretty but insubstantial; the orchestra was Liadov’s domain. Nonetheless, he was a precursor to Rachmaninov, whose rarely played Variations on a Theme of Chopin follow.

The variations are on Chopin’s Prelude Op 28, No 20, a solemn chorale. Solemnity permeates the first ten minutes of this long work, poorly received at its premiere. The composer subsequently cut the 10th and 12th variations and the coda, and Herd plays the shorter version. Although the piece takes a while to get started, it eventually offers the performer opportunities to be fleet, tender, and vigorous. Herd meets these challenges with style and an innate feeling for rubato.

Australian composer Carl Vine’s Third Piano Sonata was composed in 2007. In four linked movements, it progresses from a mysterious opening through a tough jazz-inflected rondo and a set of free variations to close with a dazzling presto. Vine leans more towards a post-Romantic style here than in his earlier sonatas, which suits Herd’s sensibilities. The pianist is masterful in this premiere recording.

Piazzolla’s early Suite for Piano Op 2 completes the recital. Herd lived for a year in Argentina and captures the melancholy Latin soul of Piazzolla’s music. Clearly the surfer from Coffs is one to watch. Excellent sound.

"There Is" is the first in Adam's collection of Autumn Preludes. More coming soon!